Relieved the topic was actually moving on, the wolf seemed to relax a little, seemingly just like the fox two stools away from her. The Guild was a neutral topic of conversation, so there wouldn't be too much pressure to give the 'right' answer.

"Ah okay, cool, cool. I mean.. it's been pretty quiet lately, so it looks like people are pretty busy." She paused for a second, thinking about when the last time she saw her friends here. Must've been a pretty long time ago. In her silence, she listened to the fox's question directed at her.

"Oh, yeah I've been around since this place got founded. My little brother basically would've disowned me if I hadn't signed up straight away. He's kind of a superhero fan, haha."
_________________
Casually succumbing to existential dread
Adorable avatar by Uncanny-Illustrator
My characters' bios can all be found on Toyhou.se. 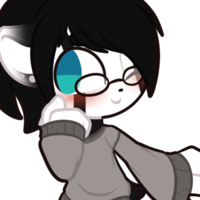 A lavender hedgehog then walked in through the double doors, ordered a coffee, and sat down. This was the first time he came in since last year, and didn't want people to accuse him of it. He said nothing, although that may draw more attention to him.
_________________
Oh great, it's THAT recolor again! 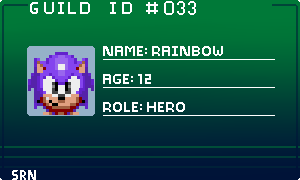 Compared to the last time the fox had visited, the guild was indeed much quieter now than it was before, however that wasn't to say it was empty. Besides the two of them there were still peope in the cafe and guild that were carrying on their own conversations, but there were times when the guild was a hotspot for the masses.

"Yeah, I guess. But oh wow, so you've been here for a while!" He chuckled at the idea of the guild being 'superheroes', he would hardly consider himself a superhero, but by the sounds of things the guild did have a few. "So your brother, did he join?"
_________________
The OMR foundation

Being distracted by the ring of the bell on the door, the wolf looked over her shoulder to see who had entered. It appeared to be a lone purple hedgehog who picked his own little spot a couple seats away from where the wolf and fox were seated. Darken's voice drew her back to the conversation, however, and she turned back to face him again.

"Oh, yeah I suppose I have been.. hah.." She paused for a second. "No, Robby is way too young to join. He's still a kid and mum and dad wouldn't let him, for obvious reasons." Unsure on how to continue the conversation from here, the wolf took another awkward sip of her hot beverage before pulling out her phone and idly browsing some pages on the internet.

"Sssooo... Wanna check out the quest board..?" she asked in a poor attempt to not make things awkward, even though she had already checked it out herself a couple minutes prior.
_________________
Casually succumbing to existential dread
Adorable avatar by Uncanny-Illustrator
My characters' bios can all be found on Toyhou.se.

The hedgehog notices the quick glare from one of the wolves, yet decides to take another sip from his coffee, making a slight smirk afterwards. The thought of being too young to be in the Guild near a child itself felt weird but then again the "Robby" kid the Wolf was talking about might have been younger than the minimal age.
_________________
Oh great, it's THAT recolor again!

As if by out of no where, the entrance to the Guild cafe was pushed open, the door swinging with some force. Within the doorway was a white hedgehog, adorned in a black, tight outfit that looked quite new, along with a heavy looking bracelet on his right arm.

The hedgehog's silver eyes brightly gleamed as he looked around before heading on up to the cashier. "One large mocha, to go." He said quite simply yet clearly. Obviously this order was quick and given to him within a matter of minutes.


The man would take his coffee and turn, stretching as his back would crack several times. "Hm, time to get the ball rolling." He would mumble slightly. Someone was determined.
_________________
What Have I Become, Now That I've Betrayed
Everyone I've Ever Loved, I Pushed Them All Away
And I Have been a Slave To The JUDAS In My Mind
Is There Something Left For Me To Save, In The Wreckage Of My Life
MY LIFE
I'm Becom-, I'm Becom-, I'm Becoming
JUDAS IN MY MIND 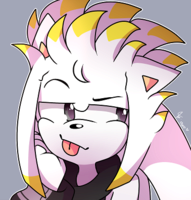 There had been few faces to enter the guild hall during the Wolf and Fox's conversation, however among them two stood out, A purple hedgehog, and one with a whiter shade of fur but sporting yellow highlights. So far the most mundane fur colour among the other guild members had proved to be his own.

The grey fox had just about finished the last awkward sip of his coffee before the green wolf asked if he wished to visit the quest board, which cause him to nearly choke on the drink. It was not something he had done yet, and was not entirely sure if he wanted to, but decided why not.

"Yeah, sure. That's why I'm here I guess." He said, lying just a little. "Have you been on many quests before? I only recall one that I signed up for, but my memory's a little hazy on whether it went anywhere or not."

Dione quickly turned her head to see who the newcomer was. It seemed to be another hedgehog, this time a bright white with white accents. Her eyes lingered on him for a short second before she turned back to the fox next to her, who was now placing money on the counter. She herself had already paid when she had ordered her drink, so all she had to do was grab her paper cup and stand up, giving the barista a thankful nod.

She then turned to the fox again to answer his question. "Oh, I've been on... uuhhh... Two! But one got cut off early because it was a little too dangerous." Then she realised something. She had no clue what the fox's name was. "Oh, by the way, before I forget, I'm Dione!" she happily said while reaching out her hand, offering a handshake. After that was out of the way, she picked up some of the white hedgehog's mumbling, something about getting the ball rolling. In a moment of unguarded enthusiasm, she turned herself to the hedgehog. "Oh, you're looking for quests too?" she asked him before realising what she was doing and quickly looking away again as to avoid awkward eye contact.
_________________
Casually succumbing to existential dread
Adorable avatar by Uncanny-Illustrator
My characters' bios can all be found on Toyhou.se.

The purple hedgehog, whom is not in question,  decided to mumble himself. "Eh... Nothing worthwhile to do..." That in itself is probably going to confuse something.
_________________
Oh great, it's THAT recolor again!

Vega would turn his head, noticing that someone was suddenly talking to him. "Huh?" He would mumble as he looked to Dione before he scratched the back of his head and smiled slightly.


"Well, yeah, its been a while so I need to get back into the swing of things." He would state, giving an determined expression as he looked to her. "I need to show the world I can be a worthy hero, and protect those who deserve to be protected." He monologued on for quite a bit...
_________________
What Have I Become, Now That I've Betrayed
Everyone I've Ever Loved, I Pushed Them All Away
And I Have been a Slave To The JUDAS In My Mind
Is There Something Left For Me To Save, In The Wreckage Of My Life
MY LIFE
I'm Becom-, I'm Becom-, I'm Becoming
JUDAS IN MY MIND

The grey fox nodded as they had just about begun making their way to the quest board when the green wolf, Dione, as she had identified herself, offered to shake his hand. And in that moment he felt monumentally stupid, and he cringed to remember how the conversation had started that would warrant the need for an introduction to take place now.

Usually you started with the intro but god forbid the grey fox be able to start a conversation normally. "Darken, sorry about the whole... Awkward conversation." He said, returning the shake with one hand and holding his pink sweater in the other. Of course before the wolf and fox had begun their way to the board Dione took particular notice of the White-furred hedgehog.

With his hand still outstretched from shaking the green wolf's, the grey fox turned and offered it to the white hedgehog. "We were just heading on over there as well." He said, also jumping the gun a little. "Heroes? Well I can tell you that the world needs more of those. That's for sure." Taking a day off from work had thus far proven... Eventful to say the least. By the way things had been going, Darken wouldn't be surprised if he found himself with a quest and a few companions once this was all said and done. Although that's a lot of conjecture.
_________________
The OMR foundation

"Darken's right, we were just about to check out the quests too!" The wolf then paused for a second as she processed the hedgehog's small monologue. "Gosh, my little brother would really love that attitude. The guy loves his heroes." She awkwardly laughed for a second before then glancing over to the fourth person in the cafe. She had vaguely heard him mumble something to himself, but not anything she could clearly pick up on, so she kind of shrugged it off and continued on her own way.

Dione quietly thought for a second before turning back to the hedgehog and the fox in front of her. "Hey, why don't we uhh.. try to find something we could go on together?" she would then hesitantly ask the two guys, hoping they wouldn't find it too weird of her or anything.
_________________
Casually succumbing to existential dread
Adorable avatar by Uncanny-Illustrator
My characters' bios can all be found on Toyhou.se.

Page 2 of 2
Permissions in this forum:
You cannot reply to topics in this forum
Who is online?
In total there are 6 users online :: 0 Registered, 0 Hidden and 6 Guests :: 1 Bot