Birth Place:
Somewhere up in the clouds...

basically everyone XD
Rivals:
Sunrise the hedgepheonix= more of a sun-lover, while Dark is a night-lover. they tend to get in huge fights witch will end up with no one winning. a lot.

Parents:
I dont think Dark HAS parents. thats not gunna make any sence is it T_T

Other Family Members:
Read above

Abilites/Skills:
Mainly a Night controller. she watches over the town of mobius at night, but if anyone interfears she will attack with a hole lot of darkness.

Forms:
Hedgehog- her most used form, (as my profile picture shows)
Wolf- a Completely black wolf with Blood red eyes. tends to scare people..
Nightmare Dark- one of her evil forms. (thats right, ONE OF THEM.) casts nightmares over mobius and makes them come true.
dark.EXE- (making a different bio for this one. maybe.)
Amnesia- A extreme killer version of dark, her whole life revolves around killing and stuff. ._.

With Strangers:
She Does act nice, unless there are any threats. if she knows they dont like her, she will act quite agressive. other wise shes actually quite nice.

With Family:
i dont think she actually...has a family...

With Friends:
very nice. unless they turn evil >.<

Other:
Hates Bugs. Big time. unless its like a butterfly or something XD

Dark was Actually Formed from thunderclouds, but In the form of a wolf. She had stayed a wolf for 2 years, wandering the forest. But one day, while she was sitting on the top of a cave, a reflection of moonlight hit her. Somehow it formed her into a Hedgehog. thats when she could finally travel wherever she wanted. As she grew to 12, She Still lived in the forest. the only way to get food for herself was to steal back then. No one actually figured out it was her.

Soon She Became 15,`And she Had quite a lot of friends. Now she never had to steal, and she had gained enough money to get herself a small den. Now as a 16 year old, she thinks she has everything she needs. At that moment she Somehow became cursed. at that time there was a Dark spirit in the area. It somehow got into her, causing her Dark side to Appear. that was known as Nightmare Dark. At night she grew black demon wings, and flew very high into the sky. She casted nightmares over Mobius. the next day they would come true. Unfortunantly that killed thousands of people. Eventually she gained control of herself. but Every so often she changes Helplessly. (if you would like to read About Dark.EXE, wait untill i Make the bio for her.)

oH LORD JESUS IM ASHAMED OF MY CHILDHOOD HERE-
_________________
Places, Places, Get in your places!
Put on your dress, and put on your doll faces!
Everyone, thinks that I'm perfect..
Please, don't let them look through the curtains.. 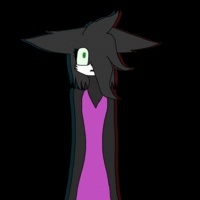