Appearance:
Malakai is a light grey colour, with darker grey on the face area and muzzle, right ear and bottom half of his left leg. The undersides of his hands and feet are white along with the underside of his tail. His hair sits akin to that of a black fluffy mohawk that flops over his face in tamed, yet messy bangs to give that 'don't really care' attitude. His eyes are a bright chocolate brown and are normally seen narrowed slightly. Most of the time he is seen wearing a pair of sky blue rimmed glasses if he isn't wearing his contact lenses.
He normally is seen wearing an emerald green pull-over hoodie underneath a blue and white varsity jacket. A pair of light blue denim jeans are accompanied with a pair of black and white hi-top skate shoes. Wardrobe can change according to the weather though, so this outfit is only one of many. Has been seen also wearing a sleeveless light blue hoodue and tan shorts. 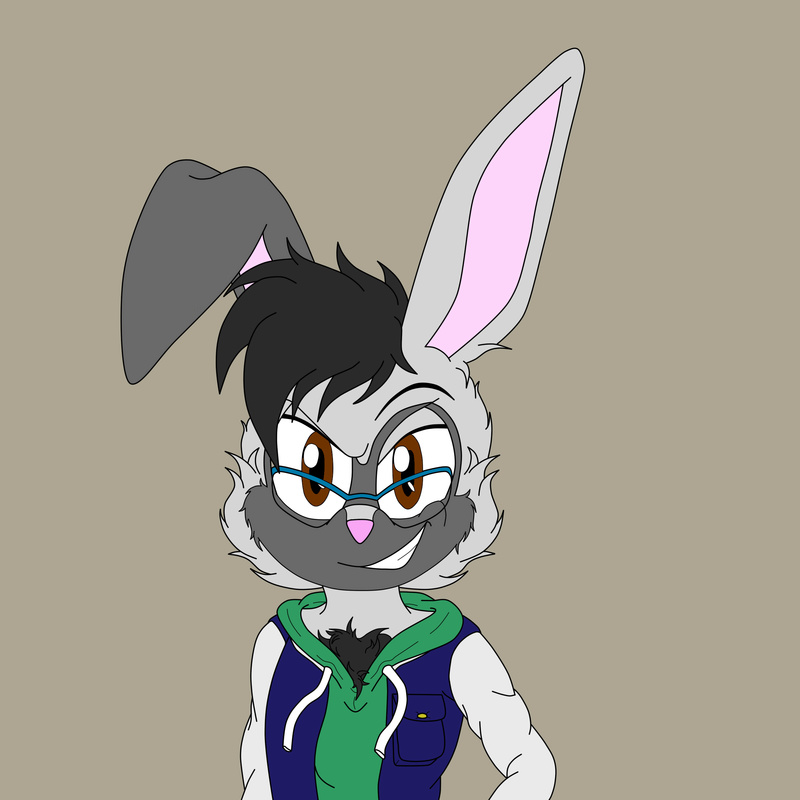 Dislikes:
Seeing another treated unfairly for no reason
Those interrupting his 'anime time'
Being called 'cute'
Hospitals
Sour foods
Feeling helpless
Being alone

Personality:
Malakai is someone another would not forget quickly. He is a mostly optimistic individual, and really really likes girls. He can come across as a bit of a douche at first, but that is only him trying to put on a false bravado. Once someone gets to know him they would have gained a fiercely loyal friend who would do anything for them; if they're worth it of course. Malakai has a lot of pride contrary to his laid back attitude, but comes across as rather naive to his friends and workmates. Living with his parents and always being protected by them also meant he didn't get the chance to experience many things a teenager did due to them being quite strict with his privileges before he finished school. He is also somewhat of a klutz, but most don't mind it and just say it adds to how 'cute' he is, of which he doesn't like very much. He has a tendancy to be quite forward and say things without thinking, which confuses others a lot of the time, if it doesn't offend them of course.

Powers:
Sound Manipulation, specialised in music variation.
At present, Malakai actually has no idea that he possesses any abilities. He hasn't had any need to unlock them due to a traumatic experience, and has never thought to experiment with the possibility either. They just simply haven't made themselves known and have hence sat unused for most of his life. If used, he would be able to create and manipulate sound in any form. With his love of music his preferred use would be for music manipulation. He has a brilliant sense of rhythm and can find a beat almost anywhere if he really wanted, or needed to.
Naturally because he hasnt ever tapped into this ability, his abilities are untrained and most likely unstable as well. With training and perseverance however, his powers could become deadly to an enemy who crosses him.

HISTORY
Malakai Lerato was born on New Years day as a healthy baby. He grew up in a fairly normal life with his family. Living in a strict household had it's perks; he was quite spoiled, that is if he did things correctly in his family's eyes. If he stepped out of line, or wanted to take a break from his studies then he would be punished by way of not being allowed to attend after school activities, or being grounded and confined to his room.
Not too long after he began high school, he started to take an interest in listening to music. Sitting studying had become tedious, so he looked for other ways to help mix it up a little bit to make it less boring in his eyes. While he knew his parents only wanted him to succeed, they failed to realise that everyone needs a break every now and then. It was a little while into his second year in high school that there was a talent competition, to which Malakai took an interest. He had grown very fond of singing, and wondered if it would be possible for him to sing in front of a crowd without getting stage fright. With Malakai being one of the popular kids in school, nobody really knew of his secret hobby, and when he crept around the subject, he quickly discovered that his friend group would never accept that one of them would do something like that, regardless if he was any good or not. Something along the lines of 'social suicide' they said. Eventually as time passed, Malakai grew apart from the friends he had at school and decided to go it alone for a bit. He found himself a part time job in Dreams of Mobius Cafe in Central City, where he met Yukiko Crescent.
Between studying and working, Malakai didn't really have a lot of time to do much else other than study and work. Things were relatively good for a time, until an old friend from school had found where he worked. He had become less than friendly since they all graduated from school, and seemed to have some sort of vendetta against his now ex-friend. He knew about Malakais history with him singing, and had even managed to record the rabbit from outside of his bedroom window, only to then have edited the video and distorted it to make it sound horrible. News had managed to find it's way to Malakai and it completely crushed his confidence with singing or having anything to do with music at all.
It was then that Yukiko had stepped in with a kind hand and showed him that what his friend had done. She had discovered something he had left behind a couple of days prior in the cafe, which was a major clue in the whole fiasco. Discovering exactly what had happened to potentially tarnish his whole persona, Malakai somehow was able to get over this situation.
Malakai to this day, has stated he will never be able to repay Yukiko for her help, even though it was merely finding something so small, yet so important. He admittedly never spoke to her before, and only regarded her as a work colleague, but once he finally saw her and how much she tried to help him regain his confidence again, he found a strong sense of admiration for her. Sometimes he plays the flirting card on her but she just smiles and laughs it off, making Malakai more proud to have her as a valuable friend. The two have since become very close friends, even so much as to have little get togethers outside of work.
At present Malakai works part time in Dreams of Mobius and as a DJ for small parties. He still stays with his parents, but has been saving up to get his own flat nearer his work places in Central City.

Malakai has always had an underlying fear of being alone, thanks to his parents always being away on business trips when he was younger.

He has only officially sang in front of Yukiko, whom actually only heard him by complete accident.

Malakai is very self-conscious, hence why he always puts on a false bravado when trying to talk to pretty girls. He believes that if he was to be himself then nobody would really like him.

Aside from his studies, Malakai found that exercising was a good way of relieving stress when he was grounded. It became a sort of go-to place for him to occupy him when he was alone. Because of this, he has a very fit and tough body.
_________________
The best things in life are always someone elses 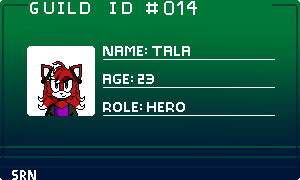 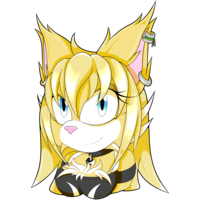