BACKGROUND:
Edward Olivander was born to Alexander and Jessica Olivander, but the embryo that would become Edward had completed its change to the fetal state at the precise moment the Super Genesis Wave struck. As he hadn't existed before or after reality was rewritten, the resulting life fell into the limbo of chaos energy that provided infinite possibilities and infinite realities. Unbeknownst to all parties involved, he and only a handful of others would become catalysts to help restructure their world. Others who had fallen into this limbo ceased to be as the rewritten timeline didn't have their parents meet at all, or perhaps they were never born in the first place. Edward was just one of the extreme few who was lucky enough to exist in both timelines.

Due to the reality-rewriting shockwave itself, Edward's mind and body were forever altered. Mistaken for a learning disability at an early age, Edward's cognitive ability had been changed to perceive the impossible as possible and the possible as irrelevant. This resulted in a very devil-may-care lifestyle as he barely recognized the world around him beyond anything that amused him.

As he grew, Edward displayed a unique physical prowess that far exceeded peers of his young age, gaining a bodybuilder's physique at just nine years old and earning him the moniker of "Muscles." He was also temporally gifted, as the resulting Genesis Waves that Dr. Eggman continued to set off did not change him at all or remove any of his memories. As the world constantly shifted around him, he simply stepped forward and accepted the next thing around him.

What ACTUALLY ended up being confusing and frustrating to Muscles was the unchangeable; the laws of reality itself. No matter how much the universe changed, there were rules of life, death, and physics that never seemed to go away. Everything was structured with atoms, everything operated on magnetism and electricity, and everything had an equal and opposite reaction. Though he would eventually accept that he could not grasp the concept of constants, he is still easily confused to this day. The only constant he could truly hold onto was that good should always triumph over evil, despite the fallacy of such logic.

Regardless of where he ends up due to the Genesis Wave, Muscles tries to adapt to his surroundings each time. Though he believes in good over evil, he hardly interferes in others' affairs unless directed to as his mind blanks out and wanders away. Still, he's always happy to find a challenge where he can get one.

Due to experiencing love and praise from his parents at a young age and being abruptly cut off from their affection by being spatially and temporally relocated by a Genesis Wave, he yearns for acceptance and adoration from others, willing to compete for attention if it comes to that. Sadly, his chaotic mind will often lead him to more failures than successes.

APPEARANCE:
Muscular, lean, and toned from the neck down to his legs. Covered with short, brown fur with white highlights at the wrists and across the bridge of his snout. Legs bend back at the knee, angled like the digitigrade limbs of other ungulates. Wild, black, medium length mane crowns his head and hangs down the back of his neck. Calm, hazel eyes indicate a lazy, peaceful temper at most times.

PERSONALITY
Simple, easygoing and dumb. There is hardly a word or string of words that could accurately emphasize just how bottomlessly and frustratingly dumb he is. Constantly at odds with logic and pure understanding, Muscles the Horse has waged a war with cognitive processes. By his late 20s, he has come to accept how foolish he is and is happy with just being himself. Often shameless, he can screw up just about anything and not feel any worse for the wear.
Aside from his stupidity, what really defines Muscles is his competitive nature. He's not really satisfied until he's been told he's done a good job or that he's won. If he sees or hears that someone has done something impressive, he'll try to inject himself into the setting so that he can be or at least sound like he's even better. The mixture of his inability to grasp most things consciously and his desire to perform at his very best can be a dangerous combination for himself and others as he refuses to back down... if he even knows what backing down actually entails.
Despite this, whenever he's not trying to outdo others, he can be an outgoing and friendly sort. Though he doesn't provide the most scintillating of conversations, he can still both express and appreciate genuine emotions as deeply as bards and poets can recite them. Friends and loved ones are dear to him, but he can feel just as strongly about hating someone as he can about loving someone. While the world functions in a nearly constant state of moral gray area, he sees the world in black and white.


SUPER SPEED: Muscles can run at an average of 700 MPH, which increases to 1500 MPH when striding. Striding involves Muscles bounding forward with every step, using his considerable strength to push himself forward and off the ground, launching himself ahead. Using both legs, he can spring himself forward at a speed of 2600 MPH which decays quickly over time due to weight and friction. While these speeds cannot be maintained for too long, the greatest flaw in striding or sprinting is the lack of directional control. Muscles cannot guide the direction he's moving unless he's either touching the ground while he runs or he uses his Air Jump to push himself in another direction.

AIR JUMP: Muscles' legs are powerful enough to provide enough lift for a secondary jump while in mid air. This generates a spike of air pressure beneath his hooves that can lightly damage vehicles or knock other characters over. While he is strong enough to propel himself further upward, he cannot actually fly. Furthermore, due to the properties of friction and momentum, he cannot actually stop himself from flying in a certain direction if he launched himself that way, but he can slow himself down.

SUPER STRENGTH: Muscles the Horse has yet to actually find the upper end of his limits as far as lifting or throwing is concerned. Like Knuckles, he is capable of exerting enough pressure through his punches to break through reinforced steel. While he is very competitive, he has not found reason to exercise the full extent of his strength beyond, well, exercise. If was able to, however, his absolute pinnacle punch would reach around 9.5 megatons of force. This would take time for him to psyche himself up and bring up his own confidence as he's usually worried about hurting others, so the opportunity to even come half as close to that level of fearsome power would be EXTREMELY rare.

GREATER DURABILITY: Muscles' body is not impervious to damage, but it takes a great deal of effort to hurt the big oaf. He can safely land from falls high enough to turn a man into a puddle, withstand concussive blasts that could knock houses over, and survive atmospheric reentry. However, bullets, especially armor piercing rounds, can penetrate his tough hide, and bladed weapons will make him bleed, though only with significant force can anything damage any of his vital organs as his muscles prevent penetration deeper than an inch. His ability to handle explosive or pressurized force is limited to his ability to prepare as well, as he can still be carried off his hooves if he does not brace himself against strong currents or shockwaves.

STANDARD SONIC IMMUNITIES: Like other characters in Sonic canon, Muscles is immune to auditory damage brought on from explosions or sonic booms. Friction cannot wear his body down, and he can breathe even in extremely high altitudes where air is impossibly thin.

LACKLUSTER INTELLIGENCE: Even if Muscles has access to strength and speed that would rival the Roman pantheon, he probably wouldn't be able to use it properly. He will ALWAYS go for the most direct approach unless he is told otherwise, and even then that is no guarantee, even if it was advice from his most trusted friend or loved one.  He has a knack for choosing wrong every time, though through sheer dumb luck he's still in one piece to this day. He can only qualify for the bare minimum of intelligence required to live day in and day out. He cannot retain information for very long, though if it matters to him he will make the effort to memorize something.

ATTENTION SPAN: Not only is Muscles dumb, he's also easily distracted. One could easily get away with fooling him thrice with a 'made you look' schtick, at the VERY least. Without much thinking going on in his head, his eyes will easily wander from whatever he's supposed to focus on.

That's all for now. I'll update this as his character expands and he interacts with more characters.

Last edited by Veteranoftheconsolewars on Sat Mar 11, 2017 10:14 pm; edited 10 times in total (Reason for editing : Finally added the background details after deciding on what specific timeline he was born in.) 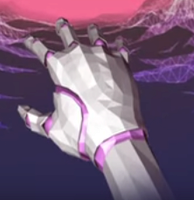 Similar topics
» Your Kingdom for my Horse: When to exchange in chess by GM Andrew Soltis
» Golden horseshoes or white horse?
» Marvel Legends you would like to see
» my fravortie song.......lolololol
» Vicks Vapor Rub Tips