Name:
Vihn Kasigira
Nicknames:
N/A
Age:
15
Species:
Dog (Cocker Spaniel)
Gender:
M
Occupation:
Mafia agent
Appearance:
Vihn is a 15 year old spaniel from Empire City who channels and uses the power of air in order to add speed and power to his attacks. The dog has sand colored fur with long, wavy-haired blonde ears and purple eyes. While he stands at a medium-short height, his over-sized hat (uses to keep his ears from flopping every which way in the midst of combat) adds a few inches to himself. He can normally be seen in dark jeans, trendy street clothes, along with yellow sneakers. He also tends to wear buttons on the side of his hat, changing it depending on the day.
References: 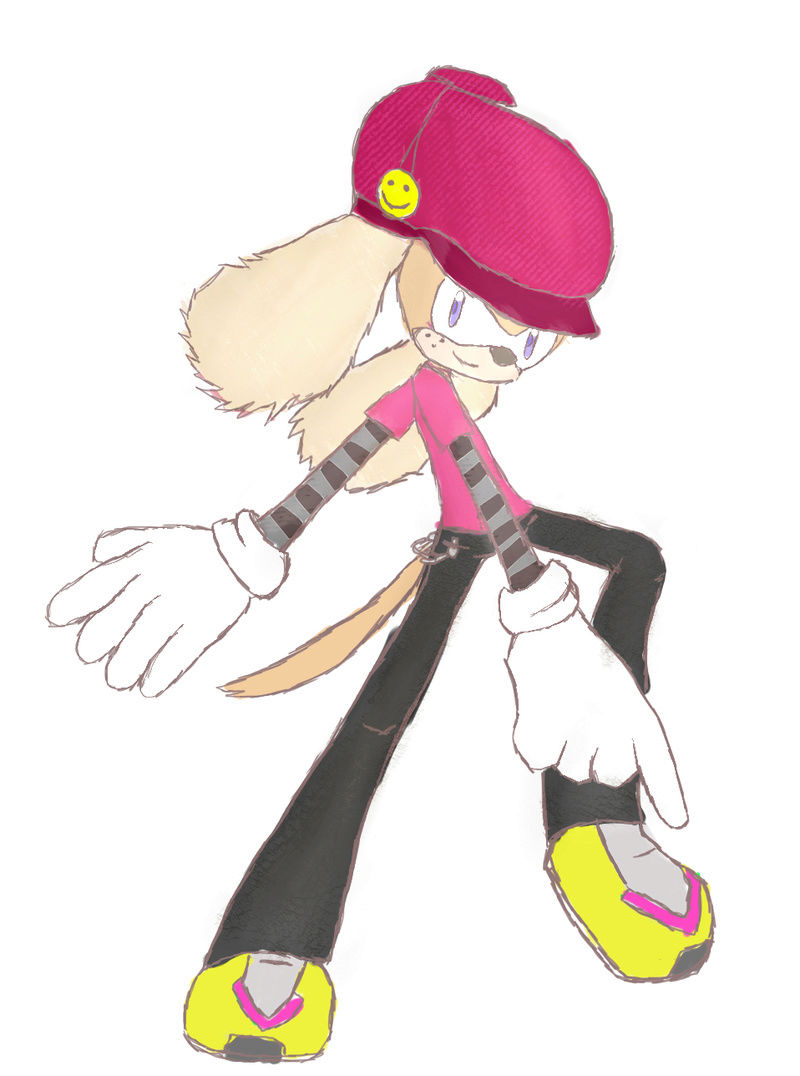 Personality:
Vihn can be described as an odd mix of friendliness and emotional distance. While he is extroverted and spends a good portion of his time talking and joking around with others, the spaniel isn't very comfortable sharing details about himself and confiding to those around him. Despite his heavily guarded life and ego, he's very approachable and level headed; attentive and nonchalant to whoever wishes to befriend him.
Even when something awful or off-putting happens to Vihn, he will always put up a facade and try to find a bright side and solution to whatever happens. When angered his positive go-getting attitude shifts to vengefulness, vitriol, and self-seclusion. When like this, he mainly needs to be talked and calmed down by another; someone who can ease him out of his negativity and show that the hateful course of action is not the correct solution. His stubborn ideals and nature may get in the way of this at first, but he will eventually calm down and see things clearly.

Vihn's sharp attention and reaction-time lets him be a quick, hard hitting fighter concerned about getting in, ending the conflict, and getting out. This is further boosted by his mastery of wind.

Blade of the Wind

Vihn uses gale currents to extend the power, speed, and range of his punches and kicks, using the air to whip and slash at opponents. This ability is easily blocked and predicted, however, and has a huge recovery time if missed.

Vihn's allies and those following behind him can be granted extra speed and flight capabilities with gale force. This also lets enemies strike him from behind though, if not used carefully. Due to the lack of control over his powers, a tailwind is generally whipped up whenever Vihn is using his abilities for mobility.

Vihn's main method of fleeing others is to either boost his own speed, or channel his power to knock enemies away. The later options takes far more energy though, possibly weakening and disabling Vihn from fighting for a period of time.

Vihn has mastered the ability to form "rails" of condensed air underneath his feet and using another burst of wind to propel himself on said rail. This can be used for an extended period of time outside of fights, and is the main method of providing Tailwind to his cohorts. This takes most of Vihn's focus, and therefore cannot be used in conjunction with any other power during a fight. He can also be easily knocked off this rail by opponents as well.

Strengths:
-  Fast and Acrobatic
-  Multiple evasion tactics
- Can support and boost others


History
Sometimes crime can tear a family apart even farther than death can. At least when someone dies, It makes their loved-ones remember them fondly with good intentions.
The two daughters of the Kasigira family unfortunately brought that burden onto their mother, father, and younger brother: Vihn. Marah and Lily Kasigira joined a life of crime and faded away into the shadows. Some say that they became hit-women for the local chapter of the mafia. Either way, they became involved with a life that their family didn't approve of. They were practically disowned, never really mentioned by the Kasigiras anymore. Even the young spaniel boy, who dearly missed the two, was practically brainwashed into hating his sisters by their vindictive parents.
Despite the negativity, Vihn would still wait around, loitering on the sidewalk, relaxing and hoping that one day: one of the thugs who traverse the shady streets turn out to be either Marah or Lily. What Vihn didn't know is that his search and hope to reform the two vagabonds would drag him into a deeper conflict than petty street affairs.
One day, during his normal routine, Vihn was sitting on the front steps of a nearby apartment building: a regular habit of the spaniel. Multiple cop cars began to rush through the avenue. It was more than usual though. The multiple patrol cars seemed a bit off, however, as the bunch flew faster than any street car that Vihn had seen in the city. The cars also left behind an ominous black fog that reeked of charcoal. Vihn looked towards the way that the cars were heading, but there were no lights or gunfire. Suddenly, from the same direction, a bright-dark green ball of light flew down the sidewalk, nearly twice the speed of the shadowy police cruisers. The being rocketed through the sidewalk, finally smashing into Vihn, knocking him multiple feet back.
When the spaniel returned to his feet, he noticed a faint yellow glow surrounding his hands and feet. The boy tried stretching out his bruised arm (the limb that took the fall of the rest of his body) and tried to move his shoulders to relieve the pain. As he stretched, there was a long twinge of stress, and the trees around him suddenly bowed to a large gust of wind. It was not much later that the same cars ran back the other way, slowing down to look at Vihn, but eventually continuing to run. Vihn sat down and tried to relax, trying to absorb and figure out exactly what was going on around him. In his panic and confusion, he was approached by the two siblings that he had dearly missed going on two and a half years now.
The rumors were true. Marah and Lily had ran away to join a mafia, but not for some criminal reason, but to track down creatures that the two called "Perma-wisps". The two first left their family in rebellion, but over the course of their time in criminal activity, they matured; finding whatever way they could to help the community. Even if the method was a dark, criminal syndicate. The creatures were chaotic beings that bestowed destructive and unstable powers on whomever they encountered. Vihn just happened to be "lucky" enough to absorb "Gale Force" ,one of the weaker perma-wisps who bestowed wind-flux powers to the user. The sisters took the boy into the mafia, in an effort to train (and eventually try to tame or remove) the chaotic perma-wisp that Vihn absorbed and stop the rest of the alien creatures from causing anymore destruction in Empire City.
Vihn became a correspondent for this mafia, as they were the only group that was aware and combating the new threat. The group had already mastered some sort of magic, as this was the only explanation to the conjuring of the shadow cruisers. Either way, with a renewed love and faith in his family, Vihn set out to take out whatever threat there was to his hometown.
_________________
CHANT ALLEGRE
VIHN KASIGIRA
ARID SAPIENS 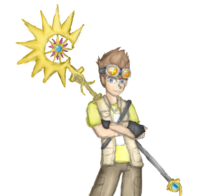