Ok so after the E3 event that happened this year, there was a channel that posted videos of about a minute or so of the game play. The longest i found was fifteen minutes of game play.

But anyways, I watched two of the minute to two minute game play videos and I was not pleased with the game. It wasn't fast like how Sega would normally make it. It was way too slow of a game; also there was way too much talking between the characters during the game play.

Just watching this game play reminded me of the Game Nicktoons Unite for the Nintendo Gamecube. Their both slow, have a little variety of characters to play as, also there are some parts of the game that they both had. For example, in the Knuckles game play video that i watched (https://www.youtube.com/watch?v=1Sp4HdRE3q4) They used a cart that had a trampoline within it to get to high places. This technique was also used in Nicktoons Unite while playing the begining levels in Danny Phantom's world.

They also changed some of the voices and personalities of the characters. I mean did you see Tails high five Amy in that video? ^ Amy's new personality is maybe the only one i like, because she isn't being crazy and everything. Also According to the Sonic Boom Wiki, the creator said that Amy IS OVER SONIC. yes it is true, Amy Rose isn't fawning over Sonic No more. However I still feel like she likes him in some way. BUT that's beside the point.

What I was wanting to discuss with that video was Knuckles. Do you see how Sega has changed him, heres another example of what I'm talking about:
https://www.youtube.com/watch?v=9LFjDlhTNGY

The beginning clip, they make Knuckles look like a huge idiot and I hate that. I mean seriously! Knuckles is an Awesome character, is Sega seriously trying to make him look bad. ugh! I'm going to be done ranting about that...

Now lets move on to the Animation. OMG is it really that bad, I mean look at how their mouths look in both videos, gross. I really think the animation could have been better, however the graphics are amazing and so is the background sounds.

Besides all of the bad things that i mentioned, I AM EXCITED FOR THIS GAME!

It looks very interesting and I wish i could play some of these games but like i said i don't have the new Nintendo consles/handheld devices.

I made this a topic because I want to know everyone else's opinion about this. To me Sonic Boom won't be as bad as Sonic 06, but won't be as good as Sonic Adventure and Sonic Adventure 2 (Hearing that those two were the best games in the series besides the classics).
_________________
I'm Awake, I'm Alive
Now I know what I believe inside!
Now! It's my time,
I'll do what I want cause this is my life!
Right here, Right now,
I'll Stand my guard and never back down.
I know what I believe inside,
I'm Awake and I'm Alive.

Haha I feel like the only one who doesn't have a problem with this game, the way it looks and the way it plays.

The gameplay might not be the most fitting for a Sonic game, but that doesn't bother me because the gameplay itself appeals to me. 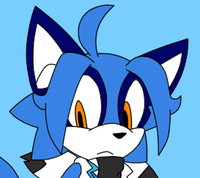 I'm just glad this game is separate from the main games. Don't get me wrong, it doesn't look that bad, but I was a little worried when the game was first rumored to be a reboot and I wasn't really too big on the redesigns. But so long as it's its own thing, no harm done.

I'm not really sure on this one. It seems like it could go either way, like Lost World did for me. I hope for it to be a success, though, and I probably will buy it.

So I played the demo of Shattered Crystal yesterday and it's actually pretty good. I thought the game would be really similar to the Sonic Rush series even though it would be made by another company, but it's actually really different and that's not negative!
So what I got from the demo is that the gameplay will be mostly in 2D. Although there are some levels that are a similar to the sidestep segments in Sonic Colors. You can't stop moving forward and you need to dodge certain obstacles. I think these kind of levels will be once in every world of the game. Then there is another kind of level that is similar to the Sonic Rivals games. You race against one person to the finish in 2D. You need to be the first over the finish line to win.
Now for the normal level gameplay. Like I said, it is in 2D. The level I played was a really good balance between speed and exploration. There were places where you had to make combo's with homing attacks or you needed to use your enerbeam to swing around. But there were also special segments that you could explore by using a certain character. For example using the hover ability of Tails to fly up by use of a ventilator (Yes, Tails is probably in this game degraded to only hover and slowly falling to the ground instead of just flying) or you needed the dig ability of Knuckles to dig from place to place (Also no gliding or wall climbing for Knuckles either).
Now for the controls. There's not really something to complain about. You can only use the analog stick to move around. The D-pad is used to switch characters. You can choose between Sonic, Tails, Knuckles and Sticks. L and R are used to change the lower screen's function. You can switch to the character tab, which mainly shows just which direction of the D-pad you need to push in order to be a certain character, an adventure map so you can look a bit more for secret rooms and an objective screen that shows you which things you need to do in the level to get certain trophy's. B is jump, A is using the enerbeam, Y is sprint and X is a special move. The enerbeam can be used to swing from place to place and to deactivate a shield, that some robots have. The sprint button will make you go directly to it fastest speed. So no acceleration needed. You still feel the speed though, which I missed in certain games like Sonic Colors (sorry guys) And Sonic Lost world (The 3ds version at least).
Also rings aren't lives here, they are only there to get a trophy at the end of the level when you have a certain amount. You will lose them when you get hurt though. There are two other kinds of collectibles. One is something that will probably be used to create upgrades and the other is a crystal that will probably be important to the story.
You have a double jump that works the same as in Sonic Colors and a stomp move.
Every character has a special move that they can perform. Sonic can use the spindash when on the ground. I never used it really but I guess it's a plus. When Sonic is in the air though, he can do an air dash in any direction. Also upwards! This gives him the ability to reach the highest point of all characters. Sometimes you need to air dash to destroy certain blocks that are in the way. Tails can throw sticky bombs. I rarely used them. Knuckles can punch. Unfortunately no combo's :c. And Sticks uses her boomerang that you can also control for a period of time.
Overall I think this is a great 3ds platformer that has it's own taste and if I have the chance, I'll buy it as soon as possible.
wow that's maybe the longest post I've ever written...I'm amazed by myself. THANK YOU ALL.
_________________ 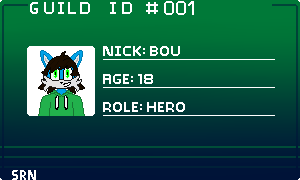 I was a little confused if I should post in media or here because there's a Sonic Boom topic here already...ECH.

Whats everyones thoughts on the TV Show so far? (if you've watched it of course).

I've seen the first episode and it's pretty amusing for what it is.

It's not bad like Sonic X was (Then again, it's clearly not trying to take itself seriously so that's a good point.) and I'd say the humor is pretty akin to the likes of Sonic Colors. For what it is, I'd say it's pretty good. Not something I would watch every time there's a new episode but I'd be willing to sit down and watch it if it were just on.
_________________
Main Characters:
Twilight the Greater Kitsune Shadow

I watched at least the first 2 episodes and do quite like them overall. The humor in my tastes tends to range between, yes perfect and very loud groaning sounds. Though I will actively say that thus far, I dislike Sticks and her hyper activeness and yelling. She sounds and acts just like how I see most 13 year old 'LOL SO RANDOM XD111!! Cheese' people to be

I'm not even gonna comment on the games cause dear lord.

But overall the show is humorous and very well animated. My particular favorite thing about the show being Knuckles and Eggman.

The Wii U game is kinda unplayable for me, but the DS one is alright.  Too bad about the awful endings of both though and the unrewarding collectibles.

The show is my favourite thing though!  I like Sticks, but I mostly love how Sonic treats her.  He doesnt treat her like shes crazy and stuff and its cute.

I know its an AU and all but theyve really ruined Amys personality imo. "Ladies dont fight?" What is that?
_________________
Avatar by Uncanny-Illustrator