Im Currently requesting Sonic Voice Actors. My friend and I are going to create a youtube channel ASK THE SONIC HERO'S!! (i just relized there is already a youtube channel with this name so please for give me, my project will hav a new name at a later date //flails )

Its about...Pretty much what the titles says ouo

So We are requesting Voice Actors for the Sonic Characters

We are requesting Game Cannon Characters And im making an exception, the main Freedom Fighters of SatAm. If we get voice Actors for all of the main freedom fighters then we will be possibly adding them into the show.

Lines Will be FREE STYLE! Let your imagination flow, say what ever you think Sonic or Tails Might Say. Dont Hold Back, Don't limit What comes to mind.

But i am limiting what you talk about.

NO EXTREME CURSING! I know Shadow says 'damn' and 'Hell' In his game, so i dont mind if you say it a few times its fine But there will defiantly be No F Bombs.

NO SEXUAL THEMES! That explains itself

You MAY ONLY TRY OUT FOR TWO CHARACTERS. The first character you will be trying out for is the main  character you would wish to voice as, and the Second Character (if you so wish to play as) Will be your understudy character.

The point of an understudy character is for you to voice that character if the other person chooses to bail out, or they are just not able to voice in time. And that's fine people have problems outside of the internet, but if you choose to do two characters if that time comes then you must have full responsibility.

ALL WAYS ALL WAYS ALWAYS STAY IN CHARACTER! What ever the questions are about, how ever offended you may be about the question being asked YOU. MUST. STAY. TOTALLY.  IN. CHARACTER.

For Now I do not have a deadline present, but soon i will be making a video that will hold more information. To get details on the Subscribe to my Youtube Channel. www.youtube.com/user/CleverFox…

I will post something with in the month so stay tuned ^^

Any Characters listed Down below are what you are able to try out for.
((Ah yes and you will notice that two characters are not listed, because my friend and will be Voice acting those characters, but if you happen to notice who those characters are then i will allow you to understudy one them in addition to the Main character and the Main Understudy, you would like to be voicing as.))


As you can see i did not ass any deceased Characters so No one will be Playing them. I did infact Add the Babylon Rouges, Jet, Wave And Storm. Id like there personalty to be from the Game but I know they do show up from comics so if you like ill allow s little of there back story from there

SO VOICE AWAY If you'd like to send me your Voice Overs for the Characters You may send us an Mp3 File, or a Youtube Video your choice. Comment in the Journal or Send your voice overs to CleverFoxDubs101@Gmail.com

or send me Your Voice Overs to My YouTube Channel CLEVERFOX101

That is all for Now


"I will Never Lose my Dreams"
-Lost Bts

I may try for sonic, but I need a sample on what your looking for he's had a few different sounding voice actors so I need to know in exact 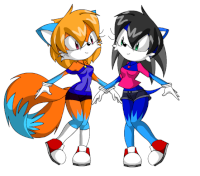 Hey i will be happy to try for Shadow or even Eggman I will post a youtube video of me doing the voices. Reply honestly though at my Youtube channel Trishchin Yates. Thank you! 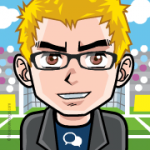 Oh wow, I gotta give this a go hehe

I Think Sonic and shadow are the best impressions I can do, but I don't see his name up there... It's been a while since I tried eggman... but hey d:
_________________
"If I had the answers I'd have written them out
So I can tell you what to do and what this thing is about
But all I've ever learned's come second hand
And I dare not preach what I don't understand"
Icon For Hire - Make A Move 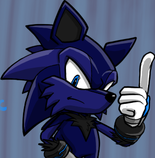 
"I will Never Lose my Dreams"
-Lost Bts

No Metal Sonic? I am disappoint - still here be some auditioning.

My characters may be found here;
Dregan's Toyhou.se
Completed character profiles are;
JC | King Zeke | Maverick | Nen |  Suave
If you wish to ask any of my characters questions, you can go here;
Ask Dreg's Dudes & Dudettes

Page 1 of 1
Permissions in this forum:
You cannot reply to topics in this forum
Who is online?
In total there are 6 users online :: 0 Registered, 0 Hidden and 6 Guests :: 1 Bot