Friends: He hasn't met anyone he considers a "friend" yet...

Rivals: Kristoph Kraven. A mercenary that ends up always getting in Otto's way, calls himself "KK". Only his name and profession is known. He's also an asshole.

Enemies: Whoever tries to steal from him...

Crush/Love: None, thinks he's not ready to have a relationship yet.

Parents:
Isabelle Fitzgerald (mother, deceased).- She was a long-tailed hedgehog with light purple spines (you should know what Otto got from his mother by now), she was a kind and gentle woman...a little too quiet, but still very brave when and if she needed to be. She met Otto's father during the funeral of an acquaintance of both.
She died of a heart attack a few weeks after Otto's 15th birthday...

Lex Fitzgerald (father, missing).- A green-spined hedgehog with (previously) bright blue eyes. Lex came from...a very interesting place, years after that he married Isabelle and had their first son: Cloud...who died a few hours after being born with health problems. Years after that, they decided to have a second son: Otto, who was born with no problems at all and lived a very happy childhood (yay happiness).
He was a chemical and mechanical engineer who took his job very seriously, since this job involved a lot of traveling, he rarely had any time to be with his family. The little time he had with his family was either spent on sleeping ("had" "with" "his family"), or going out with Isabelle (he was a good husband), it was rarely spent with Otto.
One day during one of his travels he...disappeared. Nobody knows where he went or where he currently is, no one even knows if he's still alive.

Other Family Members: Maximillian "Max" Theran (uncle).- Isabelle's brother and...probably the most important father figure in Otto's life. He took care of Otto after his mother died, but he always had a very close relationship with him even before Otto's dad disappeared.
You can say he's the reason Otto is so obsessed with jewels...

Abilities/Skills: He has peak human (ahem, "peak hedgehog") strength, speed, stamina and reflexes. His durability and combat skills, however, are pretty lacking. The rest of his abilities (accuracy, intelligence, flexibility...) stand on the "above average". His tail is strong enough to make his opponents lose balance and, depending on the opponent's weight, fall. He can also manipulate some of his items with his tail.


Others (abi/ski): If his eyes look straight into another person's eyes...nothing happens. No seriously his eyes are completely normal eyes, they just have a little mutation that makes them look different.
Had to mention that somewhere, didn't I?

While his eyes don't let him brainwash people or anything like that, they let him locate any kind of precious gemstone, as long as they're close enough. This is one of the reason he's so obsessed with jewels... 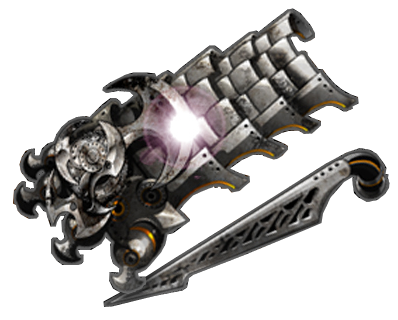 Greygar&Gaudy: The first actual weapon(s) made by Otto, as all attempts before G&G ended up being unsuccessful. Both are made of Nintendium [[hehe]], a very light and strong metal alloy capable of absorbing vibratory energy.
A giant gauntlet (Greygar) that serves as a shield (or as a punching glove, call it a "shield bash"), and a medium sized sword (Gaudy). Even though both Grey and Gau can absorb vibratory energy, this effect is only useful for Greygar
[[absorbing vibratory energy means that Otto's arm wouldn't break if, say, Hyper Knuckles hit the gauntlet directly with a punch [the punch, or the impact, creates the vibration]. If Greygar wasn't capable of absorbing impact...let's say Otto's arm wouldn't be the only thing broken, his everything would be shattered...in reality, Greygar would be destroyed instantly if Hyper Knuckles hit it, Nintendium is not that strong...]] 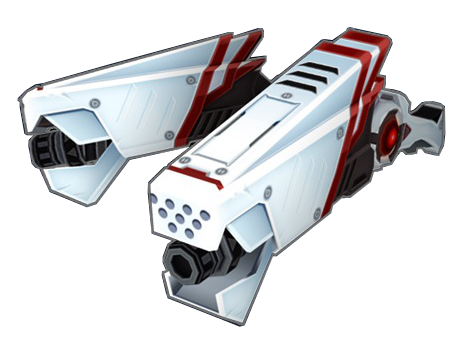 Megalodon&Piranha: Two weapons designed and previously owned by Otto's father.
These were Otto's main weapons before he created Greygar&Gaudy, since then...they're not used as much, simply because he thinks close range weapons are much more reliable.

[[All credit where credit is due, both weapons were designed by...uh, the designers of S4 League. Go play it!]]

Travel backpack: Otto travels a lot...and I mean, a lot. He doesn't stay in a single place unless he's 100% interested in that place (there's always a reason for that). Considering he travels so much, he must need a big backpack, right? Right.
He keeps some stuff inside of it like a rope, a flashlight, a sleeping bag and the following item...

Utility belt: That's right, like Batman's! Except nothing like it. It's a belt with some pouches, that's right, like '90s Cyclops! (because who doesn't love '90s Cyclops?)
Sometimes the backpack gets in the way, so Otto pretty much needs to use this in narrow spaces and other places). It has some stuff in the pouches like a chocolate bar, a small flashlight, a lighter, a swiss knife, and of course, duct tape.

Jewels: A clear diamond, two jades, and two yellow diamonds. You can see them in Otto's picture up there.

Element: None...is element control really that common? But none of the officials can u--

Strengths:
-Blacksm...we already talked enough about this. Moving on.
-Cooking. He's not the best cook ever, but he's always trying to improve...
-Swordsmanship. The only useful thing his father ever taught him...what? I didn't say he NEVER spent some of his time with Otto! Obviously, Lex only taught him the basics, Otto had to learn the rest all by himself.
-Videogames? I mean, he's better than most people. Most of the most people...
-Basketball. It's a pretty simple game and he's pretty good at it...no further explanation needed.
-Fishing. Otto likes to relax sometimes, and considering how relaxing fishing can be, it's one of his favorite activities.

Otto is...an interesting boy. He's pretty smart, but a little slow. He's emotionally strong, but he will still fall into tears if he's pressured too much (sometimes).
Simply put, he's a rather normal teenager with some very interesting tastes (I doubt many teenagers like smithing). He'll probably talk a lot about random stuff if he's around someone he likes (sometimes the random things he says are funny, sometimes they're way too random), in contrast, he'll be very quiet and rarely talk if he's around someone he doesn't feel comfortable with (you can say this person takes priority, if he's with a person he likes and a person he doesn't feel comfortable with, he'll rarely talk).
If a person acts like an asshole to him, he'll try to be more of an asshole to that person...but then feel horrible about it. He's that kinda guy.

With Strangers:
He doesn't feel comfortable around them, so...quiet...very quiet. He'll rarely talk to an stranger unless he sees that he/she shares some of his views or interests ("Hey Otto" "...Hey" "I like videogames" "OH MY GOD I LOVE VIDEOGAMES TOO!!").

With Rivals:
Kristoph and Otto haven't interacted that much, so there's not much to write here.

With Enemies:
He stabs them UNTIL THEY DIE...or at least until they give him back his belongings.
He doesn't really have any enemies, so this "attitude" is just until that (^^^) happens.

Main Theme:
I seriously can't choose one...I'll update this when I find a fitting one.

Backstory:
Where do we start...

"Allistore" was born in Spagonia 17 years ago. Son of Isabelle and Lex Fitzgerald, he lived a relatively happy childhood, even though he was sort of "ignored" by his father most of the time (his mother was a great mom, though). You can say his uncle Max replaced his father early in his childhood, as he spent a lot more time with him, but Otto still wanted to attract his father's attention...

During his childhood he started to do a lot of different activities to attract his father's attention: smithing, fishing, writing, basketball...and even started to train himself to be stronger, faster...you get the point.
Lex started hanging out with Otto a lot more (fishing...), and even taught him the basics of swordmanship, so yeah you can say Otto attracted his attention in some way. Otto kept doing all these activities during his adolescence...

One day, when Otto was around 12 years old, Lex disappeared during one of his travels. His plane crashed, a lot of people died and some survived, but Lex's body was never found. Otto thought he simply took the opportunity to abandon his family, in fact, he still thinks that's what he did...

During Otto's 13th birthday, his uncle Max gave him a golden armlet with a diamond on it (that armlet was actually owned by his father. Otto doesn't know that yet)...you can say this gift awakened Otto's obsession with jewels, but in reality, there are multiple reason for that obsession.

A few days after Otto's 15th birthday, his mother died of a heart attack.
Following this unfortunate event, he started living with his uncle Maximillian. He learned the basic aspects of smithing (eventually created Greygar&Gaudy) and improved his strength (and speed, stamina, reflexes...) even more, not only that, he became a much better swordsman. He also started calling himself Otto, mainly because his real name is too long and it sounds too girly when it's shortened ("Alli").

More recently, he became a...he calls himself an archaeologist, but all he does is travel around the world trying to get as many jewels as he can, he's good at that.
He was able to find two jade jewels in Chun-nan and two yellow diamonds in Mazuri, but since then, he hasn't been as lucky. A mercenary known as Kristoph, also interested in jewels, keeps getting in Otto's way... 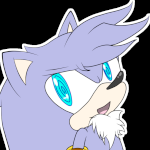 You know I haven't really a single point of critique other then being really curious about what the deal is with that rival of his. But I get the feeling you're being vague about him on purpose.

The only thing I can really think of as a point of critique is why and engineer would have advanced guns and would know sword fighting, let alone teach it to his child.

However I really really like this character, very well rounded and its obvious there's been a lot of thought and efford put into him and his story. It's also refreshing to see a character that doesn't have a gazilion forms and powers. 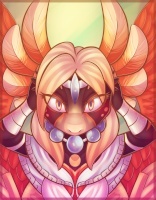